Prof. Ellen Zegura of Georgia Tech (United States) set the stage with a recap of five “reality checks” about internet access that she learned while visiting Liberia, where she has been providing technology support for local social initiatives. The Internet is global, Ellen observed, but each country is deploying and using the internet in its own way. Her summary advice: “[the] world may be flat but local is where it’s at.”

One of her many illustrative photos stood out to me: a crowd celebrating the landing of an undersea cable on a beach in Liberia in 2011. The internet on the one hand is quite abstract, a “communications cloud” virtually connecting one place to another. But on the other hand, it is rather concrete, a vast collection of cables whose physical presence signals a new era for another important part of the world.

Prof. Philippe Cudre-Mauroux of University of Fribourg (Switzerland) then described his research group’s joint work on “Registry Systems without the Web,” along with Dr. Christophe Guéret of Vrije Universiteit Amsterdam (The Netherlands). Entity registries are an emerging paradigm for representing information based on “semi-structured interlinked descriptions” relating people, places and things. Interacting with the global knowledge graphs that result from entity registries has generally required constant web access. The project’s work focused on implementing entity registries in semi-connected environments to support the majority of the world’s population that has limited or no access to the web. Philippe described a new Entity Registry System by which users can work primarily with local copies of entity data, synchronizing changes with the shared global copies only when web access is available.

I particularly liked the technique he described of using “weak writes” to make updates quickly without the overhead of validating immediately that the update doesn’t conflict with a change another users has made. Most of the time, Philippe observed, one user’s changes are either new inserts, or writes that don’t conflict with another user’s updates, so it’s reasonable to apply such “optimistic concurrency” if update overhead is an issue.  Consistency can then be checked later on.

It was also good to see the One Laptop per Child devices in the project’s on-screen demo! (I still have one at home.)

Prof. Z. Morley Mao of University of Michigan (United States) completed the event with a talk on “Supporting Mobile Network Communication in Adverse Environments,” a joint project with Prof. Cui Yong of Tsinghua University (China). As users around the world rely on mobile devices for more of their communication and computing operations, it will be increasingly important to manage both power and data consumption. Morley described interesting techniques her research group has developed for optimizing both energy and communications efficiency.

The techniques reminded me of the advantages of context-awareness. The power management state machine on a mobile device’s radio makes certain assumptions about how applications interact with it. For some applications, this may result in a desired performance level, but not for others. By adapting the state machine to a different application profile — taking context into account in “cooperative resource management” — the researchers were able to improve performance significantly. Indeed, this follows a similar principle as the one Ellen shared in her introduction: Developers need “reality checks” to challenge their assumptions about how technology works, especially in new parts of the world.

Thanks to these speakers for a great conclusion both to the 2013 series and this round of the Infrastructure Grant program.

Which points from these talks stayed with you? 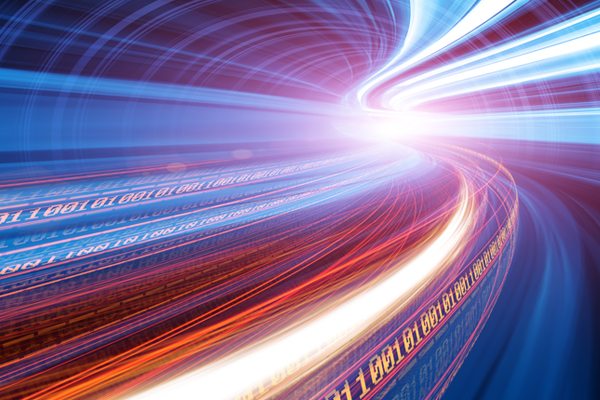