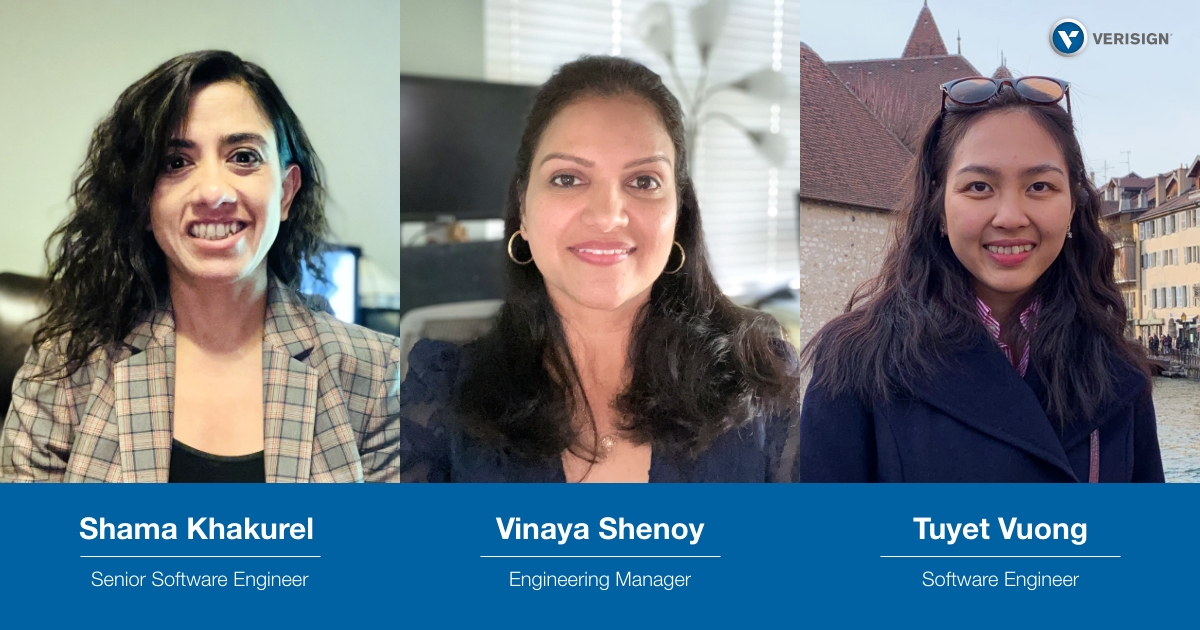 Today, as the world celebrates International Women in Engineering Day, we recognize and honor women engineers at Verisign, whose own stories have helped shape dreams and encouraged young women and girls to take up engineering careers.

Here are three of their stories:

When Shama Khakurel was in high school, she aspired to join the medical field. But she quickly realized that classes involving math or engineering came easiest to her, much more so than her work in biology or other subjects. It wasn’t until she took a summer computer programming course called “Lotus and dBase Programming” that she realized her career aspirations had officially changed; from that point on, she wanted to be an engineer.

In the nearly 20 years she’s been at Verisign, she’s expanded her skills, challenged herself, pursued opportunities – and always had the support of managers who mentored her along the way.

“Verisign has given me every opportunity to grow,” Shama says. And even though she continues to “learn something new every day,” she also provides mentorship to younger engineering employees.

Women tend to shy away from engineering roles, she says, because they think that math and science are harder subjects. “They seem to follow and believe that myth, but there is a lot of opportunity for a woman in this field.”

For Vinaya Shenoy, an engineering manager who has worked for Verisign for 17 years, a passion for math and science at a young age steered her toward a career in computer science engineering.

She draws inspiration from other women who are industry leaders and immigrants from India and who made it to top rank with their determination and leadership skills. She credits their stories with helping her see what all women are capable of, especially in unconventional or unexpected areas.

“Engineering is not just coding. There are a lot of areas within engineering that you can explore and pursue,” she says. “If problem-solving and creating are your passions, you can harness the power of technology to solve problems and give back to the community.”

Tuyet Vuong is one of those people who enjoys problem-solving. As a young girl and the child of two physics teachers, she would often build small gadgets – perhaps her own clock or a small fan – from things she would find around the house.

Today, the challenges are bigger and have a greater impact, and she still finds herself enjoying them.

“Engineering is a fun, exciting and rewarding discipline where you can explore and build new things that are helpful to society,” says Tuyet. And sharing the insights and experiences of so many talented people – both men and women – is what makes the role that much more rewarding.

That sense of fulfillment also comes from breaking down stereotypes, such as the attitudes about women only being suitable for a limited number of careers when she was growing up in Vietnam. That’s why she’s a firm believer that mentoring and encouraging young women engineers isn’t just the responsibility of other women.

Looking to the Future

At Verisign, we see the real impact of all our women engineers’ contributions when it comes to ensuring that the internet is secure, stable and resilient. Today and every day, we celebrate Verisign’s women engineers. We thank you for all you’ve done and everything you’re yet to accomplish.

If you’re interested in pursuing your passion for engineering, view our open career opportunities here. 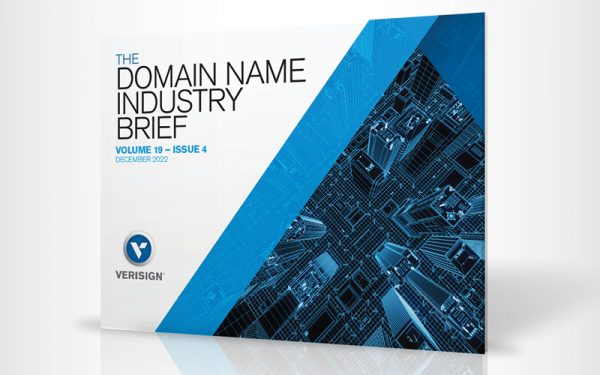