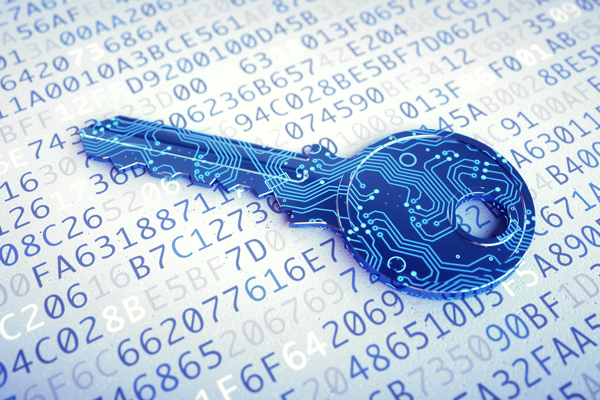 This is the fifth in a multi-part series on cryptography and the Domain Name System (DNS).

In my last article, I described efforts underway to standardize new cryptographic algorithms that are designed to be less vulnerable to potential future advances in quantum computing. I also reviewed operational challenges to be considered when adding new algorithms to the DNS Security Extensions (DNSSEC).

In this post, I’ll look at hash-based signatures, a family of post-quantum algorithms that could be a good match for DNSSEC from the perspective of infrastructure stability.

(Caveat: The concepts reviewed in this post are part of Verisign’s long-term research program and do not necessarily represent Verisign’s plans or positions on new products or services. Concepts developed in our research program may be subject to U.S. and/or international patents and/or patent applications.)

The DNS community’s root key signing key (KSK) rollover illustrates how complicated a change to DNSSEC infrastructure can be. Although successfully accomplished, this change was delayed by ICANN to ensure that enough resolvers had the public key required to validate signatures generated with the new root KSK private key.

Now imagine the complications if the DNS community also had to ensure that enough resolvers not only had a new key but also had a brand-new algorithm.

Imagine further what might happen if a weakness in this new algorithm were to be found after it was deployed. While there are procedures for emergency key rollovers, emergency algorithm rollovers would be more complicated, and perhaps controversial as well if a clear successor algorithm were not available.

I’m not suggesting that any of the post-quantum algorithms that might be standardized by NIST will be found to have a weakness. But confidence in cryptographic algorithms can be gained and lost over many years, sometimes decades.

From the perspective of infrastructure stability, therefore, it may make sense for DNSSEC to have a backup post-quantum algorithm built in from the start — one for which cryptographers already have significant confidence and experience. This algorithm might not be as efficient as other candidates, but there is less of a chance that it would ever need to be changed. This means that the more efficient candidates could be deployed in DNSSEC with the confidence that they have a stable fallback. It’s also important to keep in mind that the prospect of quantum computing is not the only reason system developers need to be considering new algorithms from time to time. As public-key cryptography pioneer Martin Hellman wisely cautioned, new classical (non-quantum) attacks could also emerge, whether or not a quantum computer is realized.

Hash-based signatures are interesting because their security depends only on the security of an underlying hash function.

It turns out that hash functions, as a concept, hold up very well against quantum computing advances — much better than currently established public-key algorithms do.

If it turns out that an individual hash function doesn’t hold up — whether against a quantum computer or a classical computer — then the hash function itself can be replaced, as cryptographers have been doing for years. That will likely be easier than changing to an entirely different post-quantum algorithm, especially one that involves very different concepts.

The conceptual stability of hash-based signatures is a reason that interoperable specifications are already being developed for variants of Merkle’s original algorithm. Two approaches are described in RFC 8391, “XMSS: eXtended Merkle Signature Scheme” and RFC 8554, “Leighton-Micali Hash-Based Signatures.” Another approach, SPHINCS+, is an alternate in NIST’s post-quantum project.

Hash-based signatures can potentially be applied to any part of the DNSSEC trust chain. For example, in Figure 1, the DNS record sets can be signed with a zone signing key (ZSK) that employs a hash-based signature algorithm.

The main challenge with hash-based signatures is that the signature size is large, on the order of tens or even hundreds of thousands of bits. This is perhaps why they haven’t seen significant adoption in security protocols over the past four decades.

Verisign Labs has been exploring how to mitigate the size impact of hash-based signatures on DNSSEC, while still basing security on hash functions only in the interest of stable post-quantum protections.

One of the ideas we’ve come up with uses another of Merkle’s foundational contributions: Merkle trees.

Each individual leaf of a Merkle tree can be authenticated by retracing the “path” from the leaf to the root. The path consists of the hashes of each of the adjacent branches encountered along the way.

Authentication paths can be much shorter than typical hash-based signatures. For instance, with a tree depth of 20 and a 256-bit hash value, the authentication path for a leaf would only be 5,120 bits long, yet a single tree could authenticate more than a million leaves.

Returning to the example above, suppose that instead of signing each DNS record set with a hash-based signature, each record set were considered a leaf of a Merkle tree. Suppose further that the root of this tree were to be published as the ZSK public key (see Figure 2). The authentication path to the leaf could then serve as the record set’s signature.

The validation logic at a resolver would be the same as in ordinary DNSSEC:

The ZSK public key produced by the Merkle tree approach would be a “synthesized” public key, in that it is obtained from the records being signed. This is noteworthy from a cryptographer’s perspective, because the public key wouldn’t have a corresponding private key, yet the DNS records would still, in effect, be “signed by the ZSK!”

In this type of DNSSEC implementation, the Merkle tree approach only applies to the ZSK level. Hash-based signatures would still be applied at the KSK level, although their overhead would now be “amortized” across all records in the zone.

In addition, each new ZSK would need to be signed “on demand,” rather than in advance, as in current operational practice.

My last few posts have discussed cryptographic techniques that could potentially be applied to the DNS in the long term — or that might not even be applied at all. In my next post, I’ll return to more conventional subjects, and explain how Verisign sees cryptography fitting into the DNS today, as well as some important non-cryptographic techniques that are part of our vision for a secure, stable and resilient DNS.